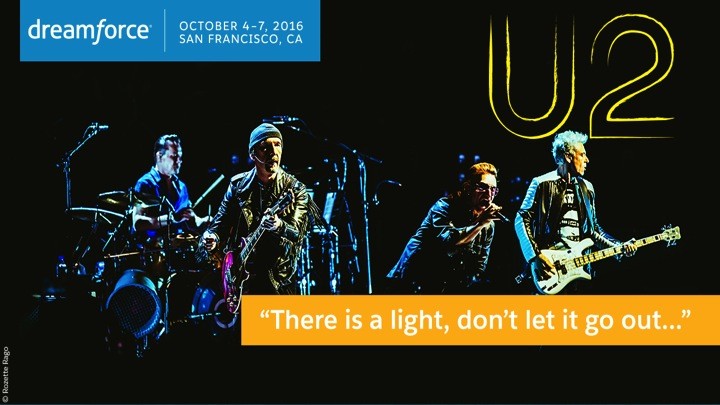 We are now less than 50 days away until Dreamforce’16 which runs 4-7th October in San Francisco. Most people have already booked their tickets, flights and accommodation, so now all that’s left is to plan your days to get the most from your investment in attending.

For those who are late to the game and haven’t had sign off to attend yet, our friends at Salesforce have created an ROI Calculator which includes average ROI metrics achieved post-event by those who have attended Dreamforce before. It makes for a very strong business case to attend!

With four full action-packed days and over 2,000 sessions on offer, there is a lot on offer in San Francisco this year for you whatever size, role or industry you are in. To help you get the most from Dreamforce’16 we’ve included a few pointers below:

Because of the popularity of the 14th Dreamforce event, the footprint of Dreamforce’16 is vast. Based in downtown San Francisco, the event is based around the Moscone Center with other events taking place at the Marriott Marquis, InterContinental, The Palace Hotel, Hilton Union Square, The Park Central (formerly Westin Market Street), Century Theaters & Bespoke at Westfield, and AMC Metreon Theaters. With the event spanning this many venues, be sure to plan your time wisely by using the Dreamforce schedule.

Because there is so much happening across the four days, a top tip is to become a Trailhead.

Put simply, Trailhead is a fun way to learn Salesforce through gamification, online activities, and self-paced modules. Last year was trailhead tester, this year they are taking a step up and spreading the theme throughout the event.

Beginning August 13th, Salesforce will be putting out “trails” that will have tips about the conference, including essential information on how to get around and which speakers to see based on the learning path you select. Whether you’re interested in Lightning, Wave Analytics, Apps or Service Cloud, you can find a trail to suit you to help ensure you get the most from Dreamforce’16.

In addition to the trails there are over 100 modules catering for every visitor, projects to get hands-on practice and even ‘Superbadges’ to collect.

With more than 2,000 sessions scheduled across the four days, it’s essential to plan your route and time wisely. No matter your industry, company size, or role, there is something there for everyone.

Using the Dreamforce sessions planner you’ll be able to view and refine your search by category, industry, theme, your role, product and level. This way you can be sure you’re attending the sessions which are going to be most valuable to you and help you achieve that all important ROI after the event for your business.

In particular, there is a great list of marketing sessions including Trends in Sales & Marketing Data, Accelerate Productivity with Lightning, Analytics for Everyone, B2B Marketing Automation and Building Your Brand with Customer Service.

Only a handful of speakers have been announced so far for Dreamforce 2016, but already some big names have been booked to join CEO Marc Benioff. These include a strong female and philanthropic contingent including Melinda Gates, Marry Barra, Patricia Arquette, Billie Jean King and Deborah Duggan as well as NASA astronauts Captain Scott Kelly and Captain Scott Kelly.

Other speakers which have been announced include author and motivational speaker Tony Robbins and NASA astronauts Mark and Scott Kelly. We will update this article as more speakers are announced. Dreamforce will be updating their list of speakers nearer the time, so be sure to check their website for more details as they are announced.

Giving back at Dreamforce

Most of us will know about the great work done through Pledge 1%, which Salesforce is a founding partner of, and at Dreamforce philanthropy is likely to be taking centre stage. Throughout the week you’ll hear from visionary leaders and thinkers on how being more compassionate can help companies innovate and be even more successful.

Dreamforce is joining forces with (RED), an organization started by Bono and Bobby Shriver with the mission of creating awareness and raising funds to deliver the first AIDS-free generation. Their goal is to raise one million dollars to further the AIDS fight, and at Dreamforce, there’ll be plenty of opportunities to help them achieve that that goal.

Top of the bill this year is The Concert for UCSF Benioff Children’s Hospitals, featuring U2 and held in conjunction with Dreamfest. This benefits concert will help support vital research work to achieve breakthroughs in children’s health and is certainly going to be a major headline event.

Acknowledged as one of the best live acts in the world, U2 have released 13 studio albums and have record sales in excess of 157 million. The Irish band have won numerous awards over their 40-year career, including 22 Grammys and an Oscar nomination. It’s a benefits concert not to be missed!

In addition, every year the Dreamforce community comes together to make an impact and in previous years they have donated 3 million meals to those in need and collected over a million books!

See, we told you giving back would be big! 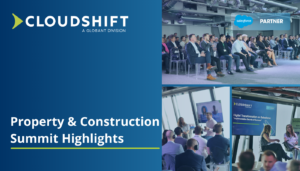 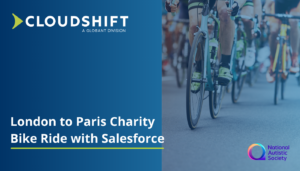 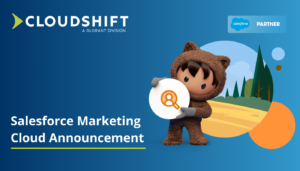 Salesforce has long been favoured by Marketeers because of the complete set of tools provided on a single, unified platform. In a recent announcement at